You'd be hard pressed to find a Californian who wasn't impacted in some way by the 2018 wildfires. As with so many stories that flare up and die down, the media has moved on to other issues. But for those who suffered the consequences, moving on isn't that easy.

We believe it's important to keep the flame of compassion burning bright. Stories, like the one you'll read below, highlight pivotal experiences that shift-shape our communities and change lives forever.

We hope that by sharing this story, you'll agree that the devastation caused by California fires has no end. Lives and livelihoods get lost forever. We hope you'll also see that there are continued efforts to support those affected. 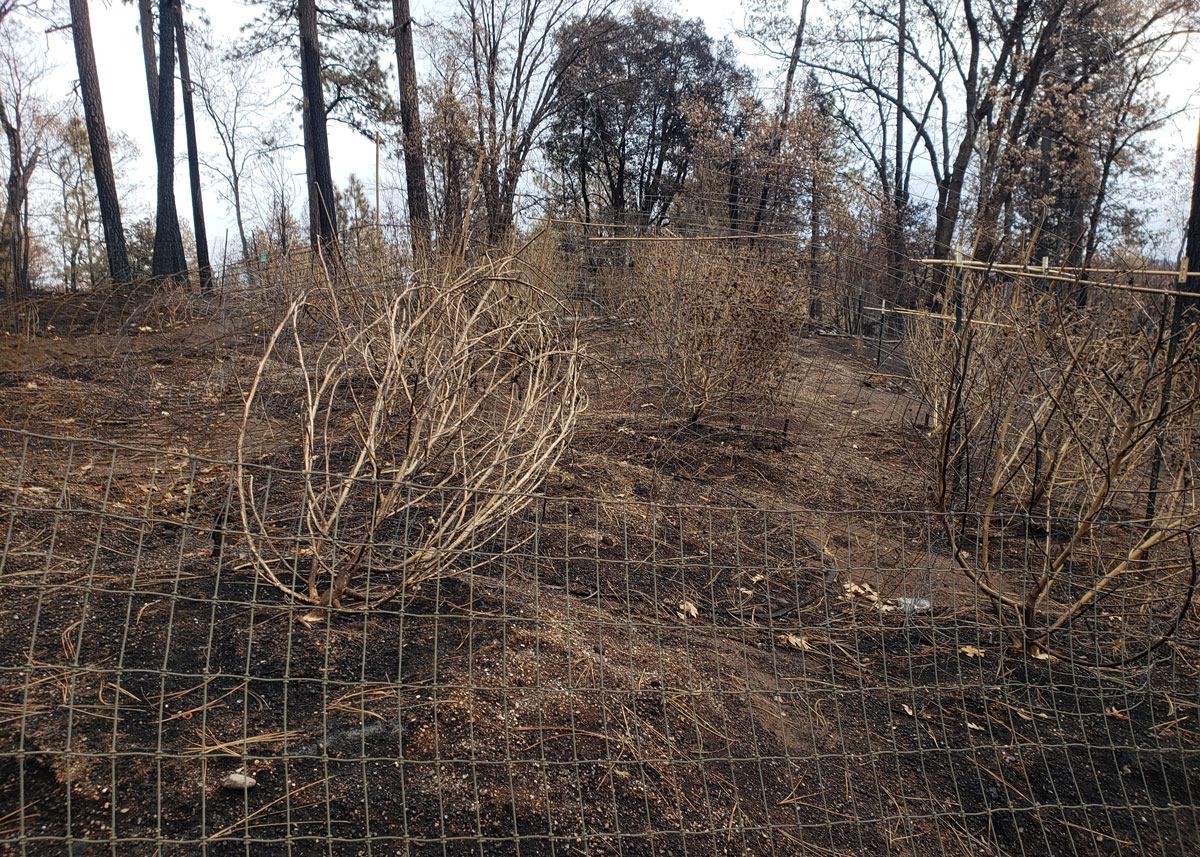 Thousands of residents were forced to flee their homes without any belongings, and authorities barred residents from returning for several days as the fire continued to rage. Many locals criticized authorities for their lack of warning, preparedness, and adequate responses. Yvonne DeLaRosa Green and Sam Boyer, founders of 99 High Tide Collective, were among the families who lost everything to fire.

Yvonne has stood on the frontlines for over a decade, risking raids and arrests to protect safe access to medical cannabis and personal freedoms. There's no calculating the time, money and life both Yvonne and Sam put into supporting the passage of Measure G written to allow recreational cannabis use in Malibu. Ironically, just days before the fire, on November 6th, Measure G passed by a landslide at 69%.

Wildfires are a familiar thing for Yvonne. She grew up in California. She remembers watching the news and thinking the Woolsey Fire wouldn’t make it over the US-101 highway to her Malibu home. But it did.

On November 9th, 2018, Yvonne evacuated with her toddler and four pets. Driving down the canyon, she was able to film the final footage of her home before smoke consumed the neighborhood. Like so many others, she didn't have time to pack the precious possessions; family photos, cash savings, art and a lifetime of memories.

99 High Tide was spared from the fire but had to close down for two weeks. The closure hurt business. And without revenue flowing to the store, 99 High Tide' partners, including small growers in Northern California, also struggled. Plus, they had their own set of fires to fight. The Camp Fire destroyed the entire town of Paradise and claimed the lives of 86 people.

After the fires, 99 High Tide staff created a Fire Relief GoFundMe campaign to support the DeLaRosas and Boyers getting back on their feet. To date, they've raised over $22,000. Inspired by that success, they know the greater cannabis community can make a tremendous impact by helping to rebuild after the tragedy. 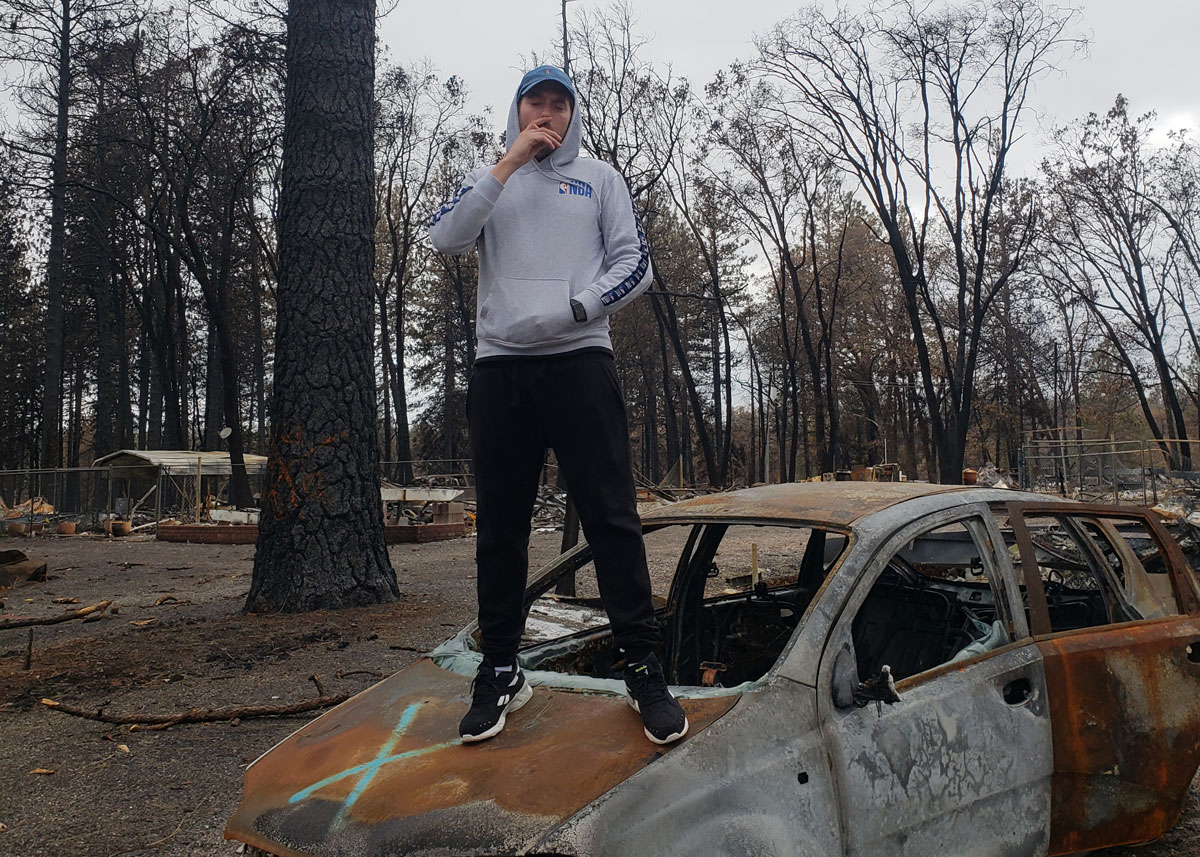 Most people keep money in banks. For cannabis business owners, it's not that easy. The federal government lists cannabis as a Schedule I controlled substance, which makes dealing with banks tricky.

"Had we been able to bank properly, we would have some money," said Yvonne, "Insurance companies are now insuring cannabis businesses; however, coverage doesn't include loss of cash or business."

In the Emerald Triangle, the Camp Fire proved itself the deadliest and most destructive wildfire in California history with uncontrollable winds moving at 80 football fields a minute. It burned 153,000 acres and 18,000 structures.

Our friend Mikey Stacks lost everything, "No one can build or grow because of the residual toxic chemical residue that's been infused into the earth. Half of the growers in the area are [really] struggling." Stacks went on to explain that, "of the 385 meters reading chemicals in the air, 270 came back positive for asbestos. [They found] benzene in the water, rendering it undrinkable, so no one could shower or water plants. I had to move completely out of town. Many people didn't know until they were able to return to their homes.  After the fire, many didn't know if their houses were still standing."

"It's really hard to save up all your money, start a really nice garden, have 100 pounds of organic, high-quality product ready for market... and have it all gone. It was my jump-start for my company, and now everything is on pause until I can get my funds back up. I personally lost over $100K worth of product, a $15,000 music studio, all my childhood memories, and all my one-year-old daughter's belongings. My mom lost everything as well. Family heirlooms are gone."

"Ganga Girl Scout hosted a Camp Fire seed relief with donations from vendors like Karma Genetics, Cora Genetics, and TG Genetics, who gave back to folks who lost their gardens. Vans came through the area and passed out donation clothes and shoes. [Unfortunately] the farmers did not get kick-backs or reimbursements for what was lost."

Like so many others, Mikey had to relocate elsewhere, beyond a 40-mile radius to Chico, Reno, and Willows. Everyone he knew spread out, and it became challenging to connect. Forced to start from scratch Mikey had to search for property outside the burn-zone and obtain licenses and permits for a new grow.

"A ton of homeowners sold their houses, kicked out tenants, and dispersed a tight-knit neighborhood." 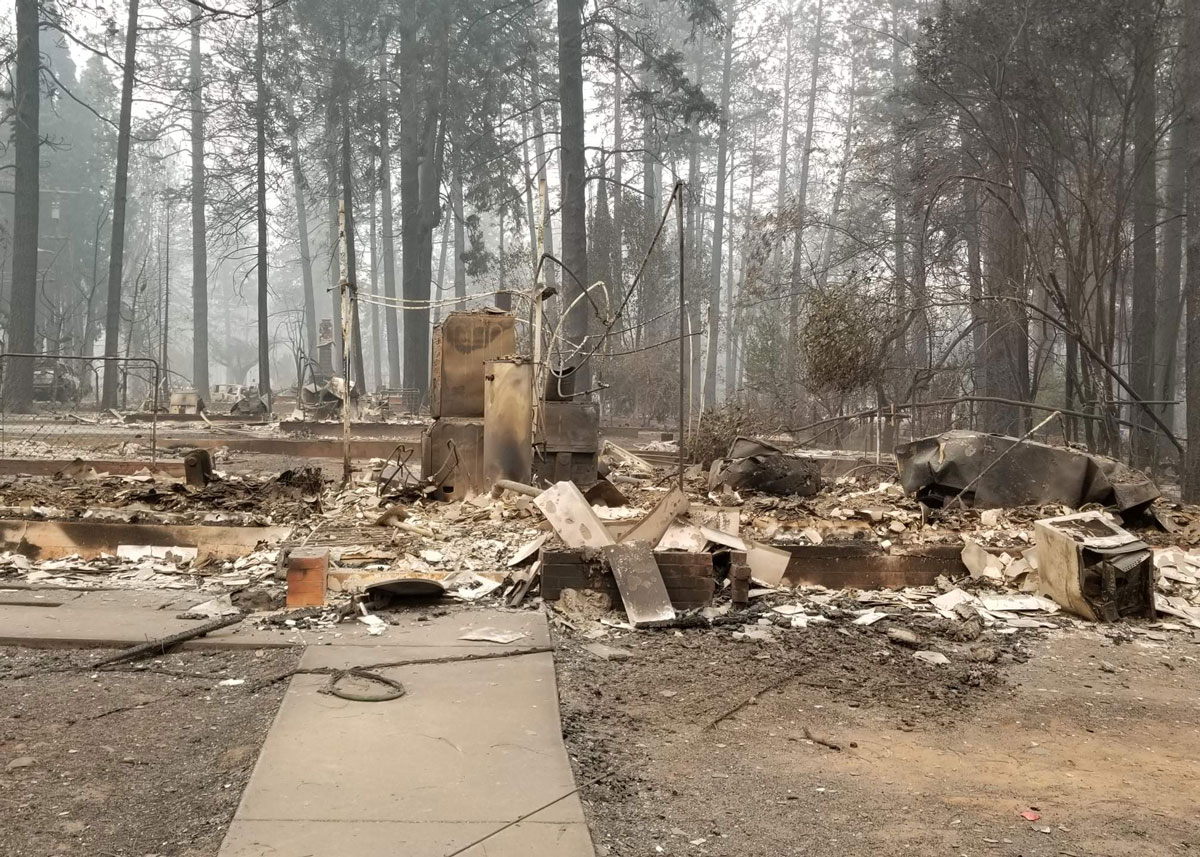 "Everything changed. Everyone around me lost everything, all at once. I was in such a vulnerable position; my girlfriend and I were sleeping on a mattress on the floor for five months. Even with great credit and co-signers, there aren't enough places available for rent. One listing got 2,000 applicants applying for over 80 houses. We finally settled on one, but it doesn't feel home."

For Mikey, the process was enlightening, to say the least. He observed people coming out of the woodwork to donate time, money, and generous offers of shelter. They opened their doors to let people stay in their homes.

"News stations from all around came to interview us. I was featured on Good Morning America and NBC. I just wanted to spread awareness and be heard. I wanted to share the truth that thousands of people were sleeping in Walmart parking lots. People were rushing from elsewhere to siphon donations from those truly in need."

These are stories that become the history of our communities. At Jetty, we believe the urgency of helping those in need never ends. Although the 2018 wildfires are behind us, the recovery work remains.

To help hard-working folks get back on their feet, we're doing what we do best. And we're doing it to support the people and communities affected by the devastation of California wildfires. Our limited run of Jetty Extracts Fire Relief PAX Era Pods are now available in stores.

When you pick one up, 100% of the proceeds from sales will be donated to California Fire Foundation charity. Their mission is providing emotional and financial assistance to families of fallen firefighters, firefighters and the communities they protect.