*Photo above courtesy of Sally Hampton when she and her father first met after he returned from deployment with the U.S. Marine Corps.

When cannabis was legalized for recreational use in California in 2018, it upended cannabis compassionate programs throughout the state, including Jetty passage's Shelter Project. No more free cannabis. An expensive and convoluted process to obtain a Medical Marijuana ID and a revolving door of requirements from county to county. But all was not lost. State Senator Scott Weiner introduced new legislation to help address and remedy the situation. The Dennis Peron and Brownie Mary Compassionate Care Act (Senate Bill 34) would enable licensed providers to donate free medicinal marijuana to patients in need, and exempt them from use taxes on the donated marijuana products.

The last thing a person suffering from a debilitating illness wants to hear is on top of their expenses for treatment, that they can’t have something that brings them relief.

Sally Hampton is a writer/producer, former actress and compassionate cannabis advocate from Los Angeles. In 2016 she was suffering from debilitating headaches and sought medical care. The prognosis: meningioma. A slow-growing brain tumor growing towards her optic nerve that, eventually, could lead to complications including blindness and death.

Due to the location of the mass, non-invasive surgery is not an option, and Sally quickly realized how dangerous it would be to even perform a biopsy. “The risks were so great I wasn’t willing to take those chances. In most cases, it is very clear that surgery is critical or you’re going to die for sure. For me, it wasn’t so cut-and-dry.” She recalls, “it was more like door number one, door number two. With no easy way to get to it, trying to remove it posed a substantial risk to my quality of life. Or death.” 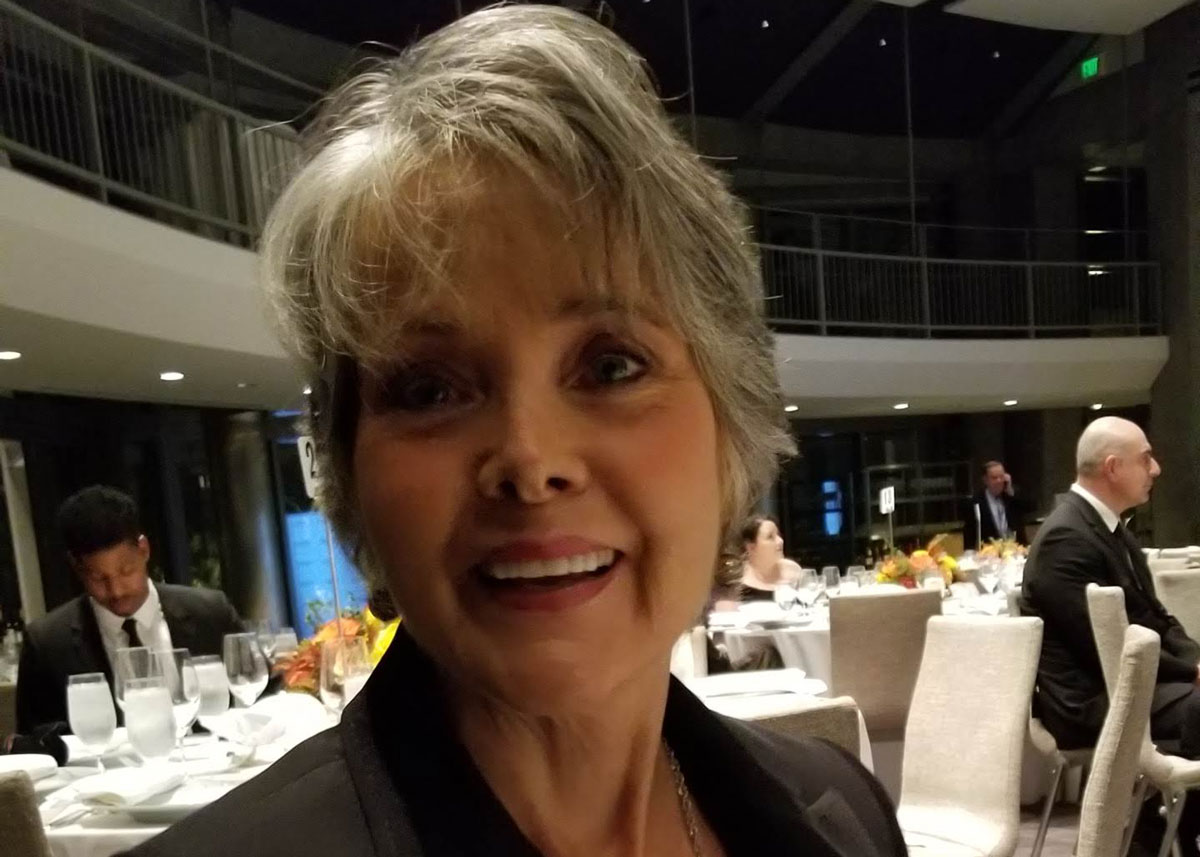 Well-spoken, funny and upbeat, Sally chats easily about her experience looking for alternative remedies . This led to visiting a Chinese herbalist in Santa Monica. “When they told me the cost, I nearly fell off my chair. As I was leaving, dejected, the herbalist’s assistant slipped me a note that said, ‘check out Rick Simpson and RSO.’ I had NO idea what he was referring to but when I Googled and read about it, I was surprised. Cannabis was not even on my radar but I was reading stories of people having great success with brain tumors and other cancers (including bladder cancer but I didn't yet know of my dad's diagnosis).  But I was like, how and where do I get this? I ended up at a dispensary off Sunset in Los Angeles and spoke to a cannabis nurse who told me that there were no known cases of cannabis helping with my type of tumor that he was aware. But, he offered me a pen of oil to try and told me about the Shelter program.”

Jetty launched the Shelter Project in 2014 as a way to acknowledge the patients who fought so hard for legalization of cannabis for medical use and, ultimately, recreational use. Shelter has helped over 1,000 patients with free cannabis, sending regular supplies of Jetty vape products, edible concentrates and even special runs of RSO (a high THC oil).

Armed with new information, Sally was excited by the potential. Then she got a call from her parents. It was “the call.” They informed her that her dad, a former Marine and high school principal had stage 3 bladder cancer.

“He's in his 80s. He's already got dementia. Parkinson’s. Diabetes.” She says without a hint of irony. “My parents decided they weren’t going to do any chemo or radiation treatments that his doctors were offering. So, my parents basically called to announce to me that my dad was going to die of cancer.” 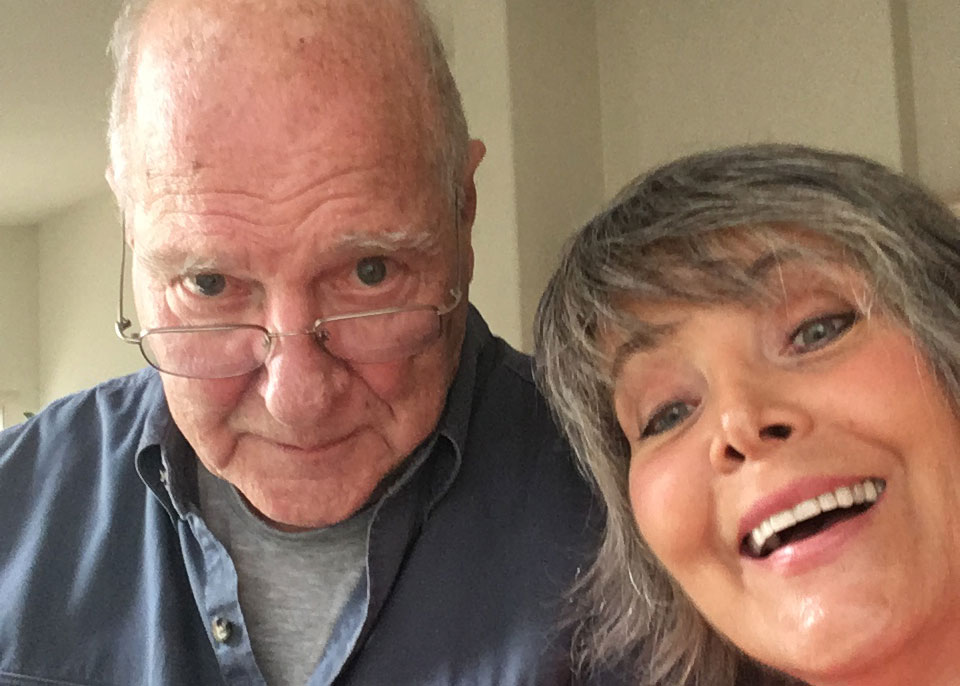 Cannabis didn’t seem like a viable route to beating cancer for Sally, but for her dad, on the other hand, that was a different story. Much to her surprise, Sally’s former Marine and High School Principal dad was receptive to trying cannabis. He began using cannabis shortly after having the mass surgically removed from his bladder.

“He said to me,'' What the hell are you doing? What are you giving dad? Are you out of your mind?’ I mean, my dad used to bust kids for pot. But my brother went from negative to positive when he noticed our dad's Parkinson hand tremor disappeared after just two weeks on cannabis – was the first thing that happened when we knew it was doing something. No shake at all. And his cancer is completely gone. His diabetes was in the early stages and his A1C had been elevated for a number over 7 years.”

“Now,” she remarks with pride, “He has A1C normal levels for the first time in seven or eight years. He's off of all the other prescription medicines. His vitals are good. I took him off everything the doctors were giving him. I'm sure the doctors don't like that. Too bad. He's doing better than he was before and that's the truth.”

The Jetty Shelter Project doesn’t endorse any specific medicinal benefits of cannabis or ignoring the treatment advice of medical professionals. We simply want to continue providing free cannabis for those who want to make it part of their care.

Regarding compassionate care and advocacy, Sally doesn’t mince words. “I’ll go up North (to Sacramento) and testify. I’ll bring my dad and wheel him in as proof. Here’s the thing I would say to the state. The plant should be researched and funded by the state for its benefits to people. We don’t want to leave the research to the Pharma companies.”

Sally’s scans show the tumor hadn’t increased in size and her headaches are less severe. Daily use of CBD helps Sally stay sharp and focused and she’s treating the more severe symptoms with higher THC strains.  After cannabis was legalized for recreational use in 2018, things changed drastically for people like Sally and her dad as compassion programs shut down. “We had to ration ourselves. We noticed a difference. My dad's hand tremor returned. I worry that if he doesn't take his doses the bladder cancer might return. I was able to get a little plant material from a guy and made my own oil but I worry if it was grown safely, if it is potent enough, made right, etc. But better than nothing when we don't have the Jetty. It is stressful. And it isn't just the cost but also not knowing where it came from. I trust the Shelter.”

Sally and her dad along with thousands of other compassionate cannabis patients throughout the state are in need of your help. Jetty, Pax and Shelter Project are teaming up for the Cannabis for Good Tour, a celebration of advocacy and education in support of compassionate care and SB 34. SB 34, “aims to eliminate the excise tax on donated medical cannabis and allow it to be distributed for no cost to patients. The SB 34 emergency bill cites the intent of Proposition 215 and would clarify that cannabis donated to compassionate-care patients is medicinal in nature and will be exempt from commercial taxation if certain requirements are met.”

Your support will make a difference. A previous attempt to fix the situation was vetoed last year by former governor Jerry Brown. SB 34 appears likely to make it to Gavin Newson’s desk.

Together, we can make sure he signs it.

Please join us at a tour stop all through California this summer.

Follow #cannabisforgood on social for updates and event highlights. 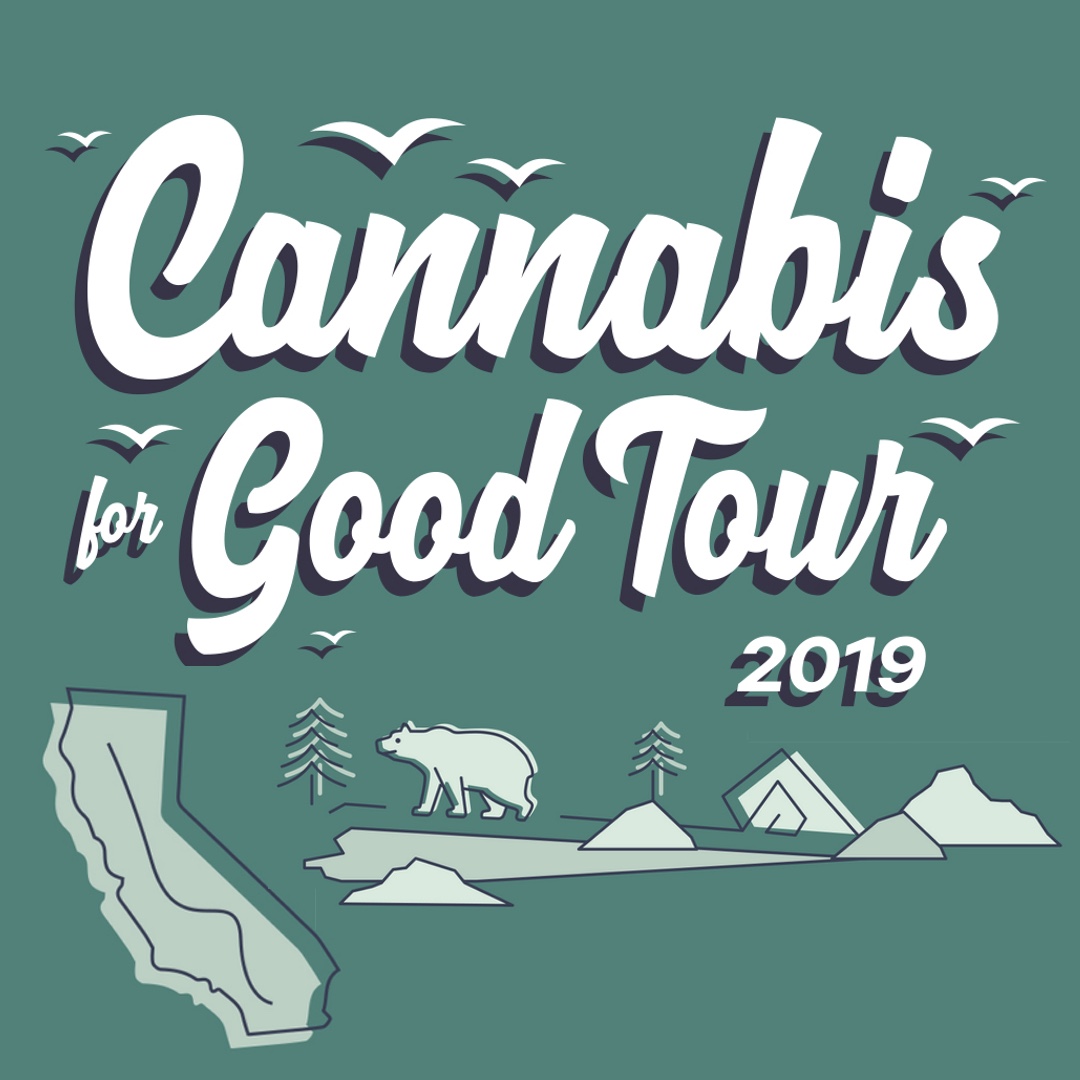